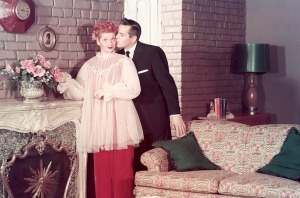 This I believe: marriage can be a beautiful thing. I just had a crappy experience at it, to say the least.

The way we love and parent is being redefined, and the definition of family is not what it was 20, 30, 50 years ago. And I think this too is a beautiful thing. Blood lines no longer seem to be the only way to create a family unit. However, this still makes some people uncomfortable, and I can understand that. People used to marry for class status, keeping the family line going, or creating a village for farming and industrious reasons. The modern American doesn’t really fall into those categories anymore. We have more of a choice whether or not to marry and to whom we marry.

I’ve gone through a major transformation in my life with the ending of a 15-year marriage. The rug was pulled out from underneath me, and I had to take a hard look at what marriage, love and friendship means to me and the people I hold closest to me. And it was a scary, scary place in the beginning. Four years out and I’m still trying to figure out my definition of a healthy relationship.

Let’s first talk about love. Romantic love is experienced as a momentary lapse of insanity. It’s literally like taking a narcotic. Researchers have found that the same places in the brain are activated when taking a drug and when falling in love. Check out a great book by Kayt Sukel, This is Your Brain on Sex: The Science Behind the Search for Love. Romantic love feels good, and it hurts so badly when it’s taken away unexpectedly. It’s feels like going through withdrawals, as one would with a drug. It can physically take a toll on you.

But if that person you feel love toward sticks around, that drunk in love feeling (as Beyoncé would say) starts to turn into another type of love–attachment.

I recently listened to a blog-talk with Helen Fisher, an anthropologist who studies love and relationships. She made a great observation about Americans’ view on love, we are “lied to by our love songs.” In this country we celebrate romantic love. Just look at our pop culture. From love songs to rom-coms, all we seem to want is that love drunk feeling. The rom-coms mostly have a happy ending. But what happens after the wedding, or the ridding off into the sunset? The attachment phase starts, and well maybe that isn’t quite as exciting? Certainly doesn’t feel drug-induced. It’s that unsettling feeling when you start to really evaluate the relationship. Am I happy? Are they happy? Do we make each other happy? What does it mean to be happy and content anyway?

I was once in a relationship where we seemed to reach that attachment phase quite early, and we both felt uncomfortable with it. We actually had the conversation, and I said that I just didn’t want to come to the point where I felt complacent about the relationship. Things seemed to be moving really quickly for my comfort level. Was I already starting to feel withdrawals from the love drunk phase? And was that what I really wanted to feel with this person–attachment? Needless to say the relationship ended. I’m not sure if that was a good thing or a bad thing.

People nowadays seem to be taking their time. Some, anyway. My ex-husband jumped right into another marriage ASAP. Some people need that, I suppose. But the conversations I keep having with men and women is that while on some levels there is a sense of urgency which comes from biological clocks to pressures from peers, mostly people are scared of getting into bad relationships that lead to bad marriages. So why be in a hurry?

But taking one’s time also means a string of short to long-ish relationships that can also leave you in a fog of confusion and—in my opinion—make you a commitment-phobe. It can also leave you feeling exhausted and some people settle because they’re tired of the chase.

So where does this leave marriage in this day and age? Marriage is two things. 1) It’s a legally binding contract between two people. (And let me state for the record, a legal and binding marriage contract should be available to same-sex couples as well.) 2) It is a ceremony, a wedding, between two people and their witnesses. It is a spiritual and/or emotional commitment you and your beloved make toward each other. There are vows and promises spoken in front of those whom you chose to witness this event. Marriage is a big deal. Yes, some are married once and stay married until death. Some people end up in multiple marriages. Divorce happens, sometimes several times. And we seem to judge people for it. But maybe some people aren’t meant to be in a long-term marriage. That flies in the face of every religious person on earth. When you take the vows, you stay together until one of you dies. That’s the rule!

But what if that is no longer the rule? Margaret Mead—another well-known American anthropologist—said, “One should marry three times. Once to leave home, once to have children, and once for companionship. Even if it’s to the same person.” Interesting concept.

I do think people get caught up on love and the attachment phase seems to scare be bejesus out of us. Attachment is about being vulnerable to the other person, and it’s scary to let your defenses down and let the other person see who you really are. In the love drunk phase we tend to hold back, and if the other person sticks around long enough we slowly stir in the crazy. We let those parts of us come out and hold our breath to see if it will make them run away. It’s about taking a risk. Quite possibly the biggest risk we will ever take is letting ourselves be vulnerable. To be honest and be seen for who and what we really are takes incredible courage, as Brene Brown would say. Check out her TED talk on vulnerability.

And that is a beautiful thing. Attachment and marriage can be the ultimate act of vulnerability. We hide behind that vulnerability with the big engagement announcements, the ring, the cake and dress, the flowers and ceremony. But peel all of that away, and you’ve got two people standing up in front of their closest friends and family declaring to the world their love and devotion. And then they sign the dotted line for the state contract.

Two people don’t have to have all of that to feel love and attachment toward one another. They don’t need the ceremony or the contract. But I do think there’s something to be said about declaring your love and devotion to your friends and family. It’s a bold statement that shows a level of accountability to each other and those in your life.

But even without the ceremony and the contract, two people can be just a devoted and create a family that is caring and nurturing. And if they can also chose to end that relationship or marriage, we don’t have the right to judge the hell out of them. We don’t know what happens behind closed doors when no one is watching. I was one of those judgey folks, until I went through it. Seems to be what happens….when you walk a mile in someone else’s shoes….you get it.

If you’ve experienced a divorce, you’ve experienced all kinds of comments from others. Some people are shocked, but some are not. Most of the people I knew where absolutely shocked because I was really good at hiding everything. I had people tell me, “If you guys couldn’t make it, what hope is there for the rest of us.” Geeze. If they only knew….

I was also told that I was a coward for choosing divorce. I was really hurt by this comment, but I’ve come to learn that when someone makes that kind of remark, they’re just projecting their fear of judgment and guilt onto me. They are afraid of their cowardice, and they mask it in ugliness.

Getting married when I was 21 was certainly one of the most vulnerable things I have done. But getting a divorce turned out to be an even more vulnerable experience. I took my time letting people know. I was ashamed and felt guilty, and I never should have felt that way. It’s taken a long time to let go of those feelings.

Of course I had people ask me if I would every remarry. Asking someone that question right after a divorce is a really odd and uncomfortable thing. I would say, as I say today, let’s cross that bridge if or when the time comes. Never say never.

I’m picky, to be sure. Because I can be. Because the things I’ve been through have informed me that I must be. If I am going to allow myself to open up to such a vulnerable place again with another person, there are certain standards that must be met. And that’s okay. I realize no one is perfect, and I also realize I can’t ask another person to give me what I’m not willing to give in return.

So until I figure all of that out and until Mr. Right comes along…..I’m enjoying hanging out with my dog. He’s the little guy in my life right now. And we’re pretty darn happy! As I’ve learned, I need to be happy in my own skin and learn how to love and respect myself if I’m ever able to offer that to another person.